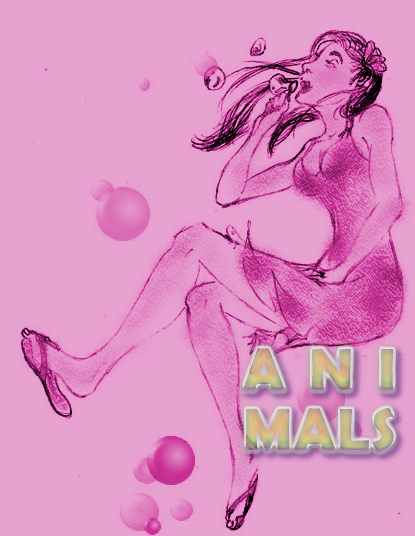 A Southie forced to migrate south, savoring the sea-salt breeze until forced to contend with that Labrador Current.  It was necessary to fly over-land, therefore, to secretly kiss the ocean–to fingers–when Zeus could see the coastline changing.  And he would give up eating fresh crab right from floating restaurants, and smiling at sharks every first Sunday at the aquarium, and the eventual, amorous brunch after some pretty date got to see a real-live whale breaching out in the wild blue open.”

“My god, Zeus, I just feel so new–a real whale?  I thought it would be sort of touristy, but no.  How magical.  You’ve made this day so special for us.” the woman, whomever she was, always said as much, then gifted sweet kiss.  But that all really couldn’t be heartfelt, not on a first date.

And then Zeus would resent his name again, for the millionth time.  He hated it as a child, but then it became fun in college, of course.  By the time Zeus was fully independent and exhausted with fast feelings–all for his name–then rejection once the mystery wore off, he’d grown to regret being so special all over again.  His father’s cruel sense of humor never let up, did it?  Not unlike the real Cronus.

It used to just be about missing Boston’s bay.  Now, he was wounded by a longing for water, any kind of large body, that could lift him up and make him smell salt again, feel at home.  The comfort of swimming laps at the gym beat all, if Orlando was too far from the coast, nor could he get to the lake every single time he wanted it.  Chlorine smell was hardly anything when it was still possible to feel as weightless, watery and basic, simple as water.  Dolphins could play in the water, revel in it, love and hate in the water, and never feel separated from it.  They found love, made love even, in the water, and he wished that he could do something like that.

Better than even teaching golf, when it was one chance connection which tore Zeus out of Boston, in the first place.  He needed money, and pushing a mop at that pirate-theme restaurant was getting hella-old.  Now that he was in Florida, Ultimate Frisbee was about finally being called Captain.

All this, Zeus meditated on while trying to forget how some idiot really had the gall to steal his Red Sox cap.  No, he just wasn’t coping with the move away from home, very well.  Happiest place on Earth, his white ass.

No, back to the water.  Do another lap.  Breathe, yes.  Submerge.

Why couldn’t people be like that, let water press into their pores, even, and breathe it? Or, maybe he should save up for a boat–a yacht.  Excellent.  Captain Zeus Finnegan, enchanter of mer-maids.  Get just one woman to like it, to like you, the immersed you, and then you’ll never have to leave the water again, Zeus.  Could a woman really be fooled into that?  Then what?  Well, of course… the birds and the bees, and the fish, too, etcetera.  Just like the whale and the dolphin.  Imagine, if there was never a need to leave that tour-boat with a hot date, ever.

Jesus!  Just get a ticket home, already, stay in Boston for a weekend.  Have lobster and white chowder, some tea without friggin-sugar for a few days.  Get it out of your system, then leave.  From the ocean and then back inland.  Challenge the Labrador Current again, and so many others, when steady income was only right here, in Orlando.

What a perverse impulse, Zeus Finnegan.  This is better than swabbing a fake deck and sleeping in your car, isn’t it?  So swim, and dream of salt-water.  Meet a woman at the YMCA or something.  In fact, what’s her name, the one over there?  She’s here on Wednesdays, just like you.  Now she’s a babe.  More streamlined than her yellow swimsuit.  What an athletic stroke, she was probably in the Olympics, or at least the trials.  She’s already in the water, you know, so ask her, go on.  Say something crazy like ‘I once beat Michael Phelps in a race.  Yep, then he hit me back.’  Wow, that’s not one of my better ones… Though, it’s better than considering skipping rent for a flight back home or measuring a flight to Boston against a train ride, more than a day’s ride…  But it only takes moments to swim to that side of the pool and ask a woman one, stupid question.

Consequently, Captain Zeus Finnegan later found himself on the phone, asking a lot of other stupid questions:

“I know, but, Magnum–listen.  I can promise to pay you in some other way, later, but right now I really need this timeshare.  What is it you want?  I’d do anything.”

“So then, you actually want to meet me at some undisclosed location, after how you’ve been wasting my time?”

“I swear I won’t disappear on you again, Magnum.  About yesterday… I don’t get channel 58.  They cut my cable.  But I swear to you, the love of my life is practically on the hook, but I need a beach-house to reel her in.  Jesus!  Isn’t our entire financial institution already based on little fish owing bigger fish?  You can bilk me forever if you want.”  Was there a woman screaming in the background, on Magnum’s end?  Zeus waved off his newest lady friend hugging over the edge of the pool, named Goldine, and then turned to bang his head on the pay phone.  The excuse that his cell was way, way back in his locker actually worked, which meant this was sure to be easier than normal.

Zeus knew he was playing with fire, but hanging up the phone now, having to live one more day unsated–no, truly it was the start of madness, he sensed, a fetish setting in.  No balm existed for this kind of loneliness, a flesh eating burn.  Then, for whatever reason, Buster Sparks’ frisbee incident from last week came to mind.  Really, Zeus had secretly understood up until Sparks tried to come up to him afterwards, and hug the captain or whatever.  Now that was just crazy.  Captain Zeus Finnegan had to draw a line somewhere.

Magnum’s voice resurged. “What you’re really asking me for, Mister Finnegan, is a chance to go into debt for two of my services.  If you mess with me this time, Captain, I promise that I am going to gut you wide open.”

“I’m a shark, Finnegan.  A big-time lawyer, you know that.  This is just for kicks.  I am hungry for a chance to come after you anywhere, at anytime, as soon as I smell your blood, your fear.  And I’ll make it so that the law can’t touch me.”

Suddenly, the woman’s voice on Magnum’s end was a lot easier to make out.

Long sigh, “Our usual place, downtown.  One hour.  If I sneak out the back.”

Dial tone blared through the phone next.  Zeus replaced the receiver carefully, then passed a little prayer, over shivering teeth.  It was either lingering disparity between the warmth of pool water and the actual chill of life, or the terror of so much freshman year Spanish suddenly coming back to him.